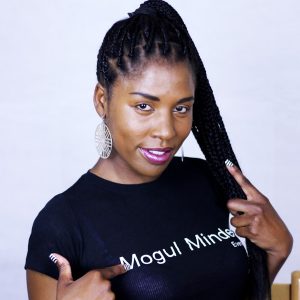 Charmaine Lawrence is a Bristol-born award-winning author & entrepreneur. Founder and CEO of the Mogul Minded Group, Mogul Magazine & N9NE Cosmetics. For many years she moonlighted as a rapper then back in 2015 decided to turn her hand to business.

Charmaine studied Health and Social Care at Filton College in Bristol. Then went on to follow her passion by studying Performing Arts at Lewisham College in London.

After 8 years of living in London, Charmaine moved back to Bristol in 2010. She worked in the inner city area with the young and elderly alike, aiming to make a positive impact on her local community. Spearheading awareness campaigns such as the ‘Make It Worth It’ project and the ‘We Aint Giving Up’ youth media campaign which was done in partnership with KC Visualz (formerly known as Anonymous Media UK) Charmaine built up a good reputation amongst her peers as being a young Bristolian to watch.

Her main aim is to positively support entrepreneurs and SME’s through professional networking opportunities, business interviews and content through the Mogul Minded Group’s various platforms.

Charmaine has co-starred in Bristol’s first urban drama called GRADE – Directed by award-winning director Michael Jenkins. Over the years she has had her own radio show in Bristol and in London (Invincible Radio 2007, BS2 Radio, Passion FM). Whether it is business, music, and entertainment or community work Charmaine is a well-respected influential leader, firmly in the heart of the community.

A natural in front of the camera and overflowing with creative ideas she makes the perfect addition to any creative team.

Charmaine believes in living up to her highest potential so we can expect a lot more from the Mogul Minded entrepreneur. 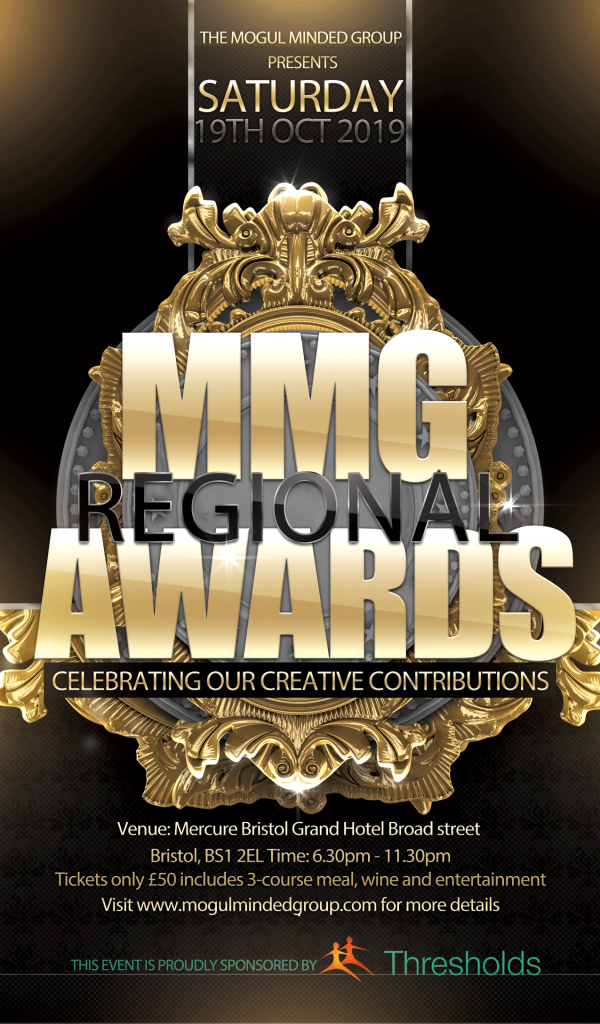 You Were Built For This! Don't Underestimate Yourself💪🏽👑 #MogulMindedGroup #Mogul #Success #InspirationalQuotes… t.co/MHGaMLsC5h